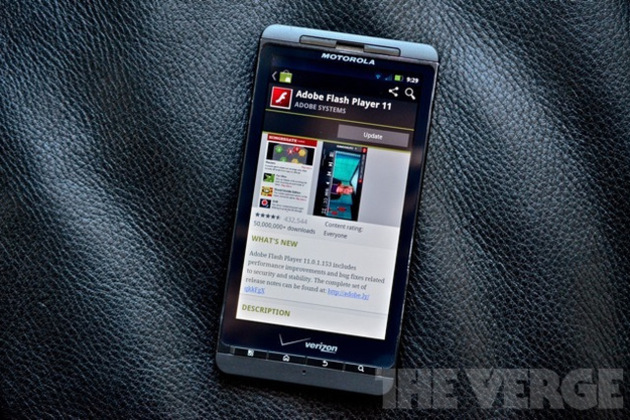 
Adobe just officially announced that it's killing Flash Player for Android and the BlackBerry Playbook, following a ZDNet report of the decision late last night. The company will still develop and support Flash for the PC, but says that HTML5 is the "best solution for creating and deploying content in the browser across mobile platforms." Adobe will also continue to support AIR on mobile so developers can package Flash content as mobile apps, and Flash Player 11.1 for Android and Playbook is still on track to be released — and Adobe will continue to ship bug fixes and security updates, as well.