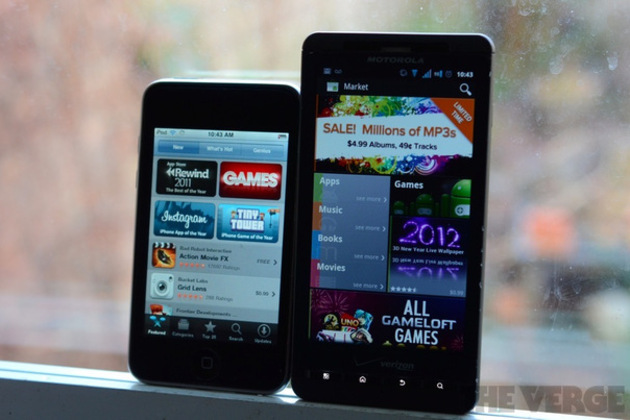 The last week in 2011 was the biggest ever for Android and iOS. According to mobile app analytics company Flurry, over 20 million devices were activated between Christmas and New Year, and 1.2 billion apps were downloaded. That's about 60 percent higher than every week of December before Christmas, and marks the largest number of apps ever downloaded in a single week, passing a billion downloads for the first time.

Christmas Day was the high point of the week for activations, with 6.8 million. Downloads were a bit more spaced out, with only about a fifth of them taking place on the 25th. Flurry doesn't give numbers for iOS and Android individually, but Andy Rubin of Google tweeted the following a few days later: