Find: Clik turns your phone into a remote for YouTube parties (hands-on)

Nice. What other website apps could we control on Internet tvs with our phones?
Clik turns your phone into a remote for YouTube parties (hands-on)
The Verge - All Posts 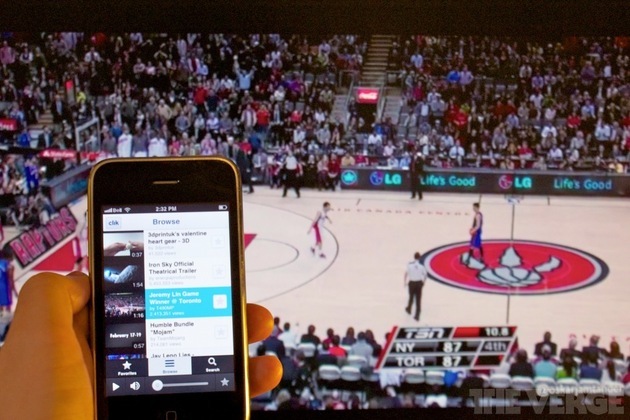 The developer behind popular messaging service Kik has released a new app designed for those of you who throw plenty of YouTube parties. Clik essentially turns your Android or iOS device into a remote, letting you control YouTube videos on any internet-enabled screen, whether it's your desktop or a smart TV. Unlike may similar apps, though, Clik doesn't require Wi-Fi, instead giving you the option to use your phone's 3G connection instead. Syncing up your mobile device with a bigger screen is a simple process — all you need to do is visit clikthis.com and scan the giant QR code that pops up. Once that's done your browser window will turn into a video player with all of the controls mapped to your phone.