Senses fingers a bit less than 1/4 inch above screen. Works for hover events on phone in browser (a first), but it may be most useful for adding precision to user finger positioning with early feedback.
Click through to sony's primer on the tech, it's worthwhile.
A first look at the Sony Xperia Sola 'floating touch' display
The Verge - All Posts 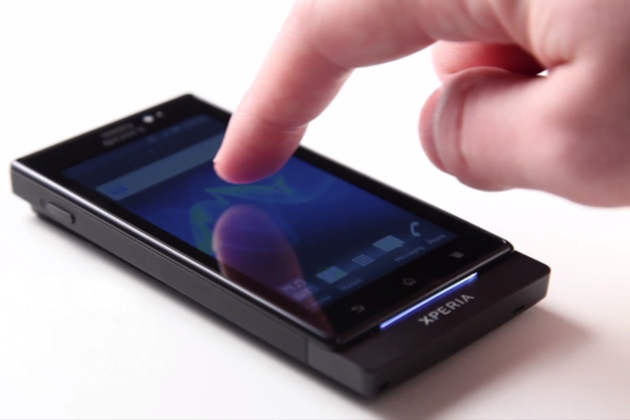 The Sony Xperia Sola isn't a particularly unusual phone save for one feature: a 'floating touch' display that lets you operate the screen by hovering your finger over it. Yesterday, The Unwired got their hands on (as well as over) a Sola, giving us our first look at how well this technology actually works. Although it's apparently difficult to refrain from instinctively touching the phone, the sensor seems to work fairly well, letting users hover over a link before tapping to click it.

So far, The Unwired says that only Sony's browser supports floating touch — even the home screen is tap-only, and no other apps have been rebuilt to support it. However, it seems to work well for precision pointing and adds an extra dimension of control...