Need to find out which gpu is in the new iPad. we'll be seeing more of these mobile gpu faceoffs as mobile computing becomes more dominant.
Imagination Technologies GPU face-off: PowerVR SGX540 vs. SGX544
The Verge - All Posts 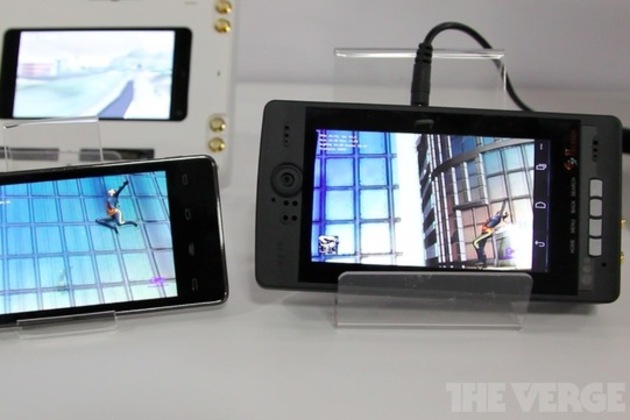 Curious how today's middle-of-the-road mobile graphics compares against next year's tech? Look no further than this comparison video we shot at the 2012 Game Developers Conference in San Francisco this week. We pit the Intel Medfield Reference Platform, with Imagination Technologies' wildly popular PowerVR SGX540 GPU, against the new PowerVR SGX544 graphics in ST-Ericsson's Novathor L9540 prototype design. Not only does the new GPU manage around double the framerate in this particular demo, it does it at a higher 720p resolution and with more visual effects. Mind you, that's perhaps to be expected given that the SGX540 dates back to 2008 and SGX544 silicon like the Novathor may not be in devices until next year. There's also CPU...
Newer Post Older Post Home