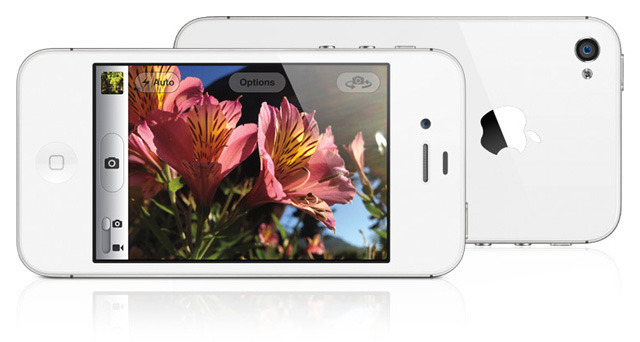 Apple
Apple has introduced significant improvements to the iPhone's camera capabilities in nearly every iteration of the device. And while rumors about the next-generation iPhone have largely concerned screen sizes and exotic materials, very little has been rumored about the camera thus far.
We decided to examine some potential technologies Apple could incorporate into the next iPhone to boost its photographic flair. Because the iPhone's camera is a combination of sensor and lens hardware controlled with software, we'll look at each part separately.

The iPhone 4S camera hardware is already pretty capable, especially given the constraints of the device's size. It currently features an 8 megapixel sensor with backside illumination and a "full-well" design, technologies used to maximize its light gathering capabilities and dynamic range. Its five-element autofocus lens is sharp and provides even illumination across the image. And its "Hybrid IR" filter helps maximize color accuracy and sharpness.
Newer Post Older Post Home
You've found NC State Computer Science's course on mobiles. You'll find all manner of course content here.
CSC 495/563
Where: eb1 1005
When: MoWe 1145-1p
Final: Fri 5/4 8-11a
Office Hours
Where: eb2 2280
When: Wed 3-330p