But before iPhone 5. Next quarter will be closer.

Looking backward and forward: The explosive smartphone scene in 2013

What started off as a grim year for smartphone sales turned into an optimistic look forward. 2012 saw record returns for Samsung and its arch rival Apple, as both companies experienced tremendous growth in sales numbers and worldwide market share. And with this year's handset models, the two competitors essentially set the precedent for what sells in today's smartphone market. 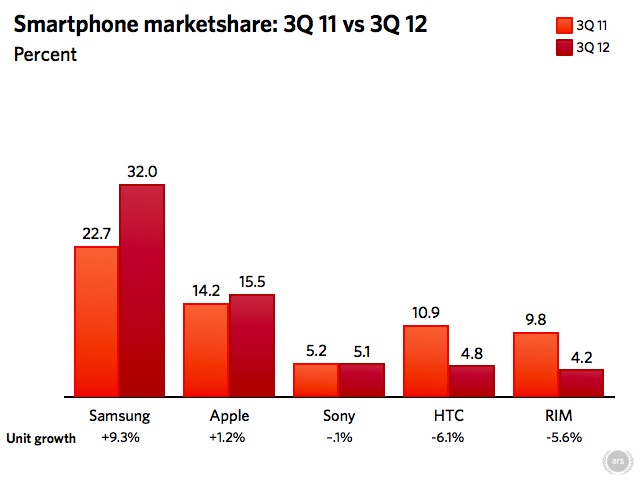 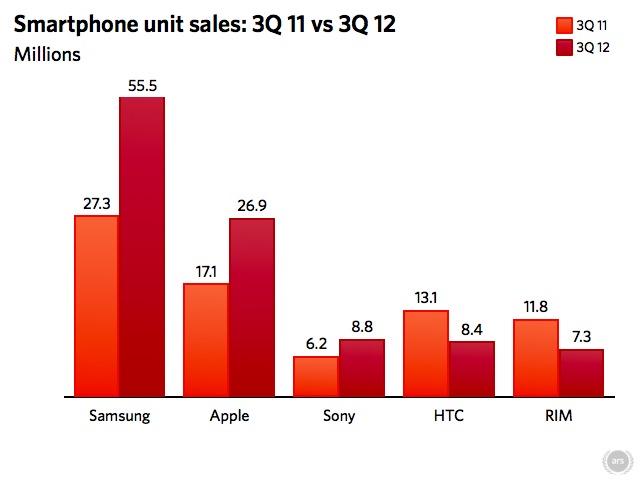 As consumers face an onslaught of sales from retailers—and as handset makers consistently push forward new models—the market has become more than just a two-tyke playground. Consumers should have choices like never before in 2013, what with RIM trying for a comeback and Microsoft's Windows Phone 8 aiming to take off. Ars chatted with a few analysts about what the 2013 landscape might look like, which brands will make it through the year into the next, and which companies will need to straighten up their act to make it at all.

All hail king (or queen?) Samsung 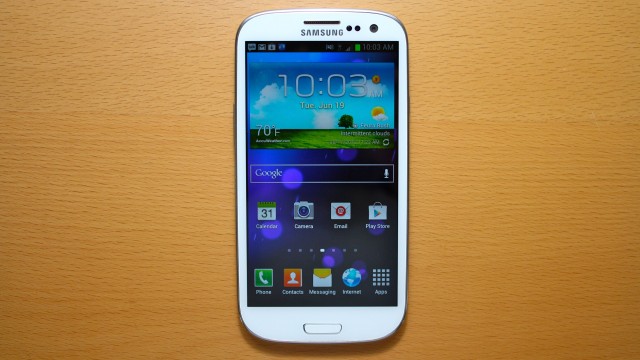 A look at the third-quarter results provided by Canalys shows Samsung currently reigns as the top vendor on the market: 55.5 million smartphones sold last quarter. This is largely due to the handset offerings the company pushed forward within the last year, including the top-selling Galaxy SIII. Samsung managed to increase its global market share from 22 percent this time last year to 32 percent. It also nearly doubled its profit in the third quarter, hitting its very own all-time record for handset shipments. Overall, Samsung made about $47.6 billion in sales and increased revenue by 26 percent.