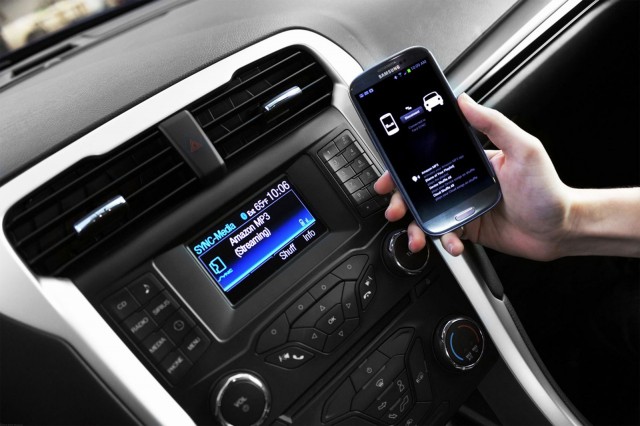 "It's open, it's global, it's live, let's hack!" says Ford's John Eliss, global technologist for connected services. Ford has been leading the way in networking its cars and encouraging app developers to give Ford vehicles an edge in the increasingly technology-obsessed motor industry. So Wired.co.uk travelled to Detroit for the North American International Auto Show (NAIAS) to try them out.

Pandora, Amazon Cloud Player, BeCouply, and Kaliki are four of the 63 in-car apps that currently make use of the microphones, speakers, control panels and smartphone connectivity found in Ford dashboards. With the free SDK kits available, they're the first of a flood of apps that will provide useful content and services that help the driver without causing distraction—they use voice commands to avoid fiddly keypad text entry.

By 2014 there will be 14 million app-capable Fords on the road, and with no cost for the SDK or a royalty fee and free advice at Developer.ford.com, there's plenty of incentive for novice developers to get busy. All new Fords will be compatible, and the apps themselves can be downloaded onto Android or iOS devices, explained Eliss.