Find: NEC says two phone screens are better than one with Medias W

Good idea. Want to play with this. 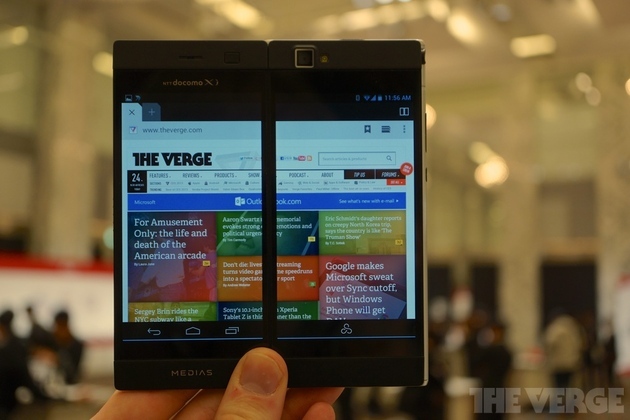 Time was you could rely on Japan to provide some of the most off-the-wall phone designs in the world, but companies like Sharp and Fujitsu have largely settled into producing straightforward Android slabs that could have come from anywhere. Thank NEC, then, for its Medias W N-05E, announced today for release on NTT Docomo. Originally teased close to a year ago, the Medias W is NEC's attempt at a dual-screen folding Android smartphone. It's not an entirely new idea — the Kyocera Echo and Sony Tablet P have done similar things to middling results — but can NEC be the first to get it right?

The Medias W has two qHD 4.3-inch screens that, when unfolded, combine to create a roughly square...