Find: Vizio goes after the Nexus 7 with a Kindle-sized stock Android tablet 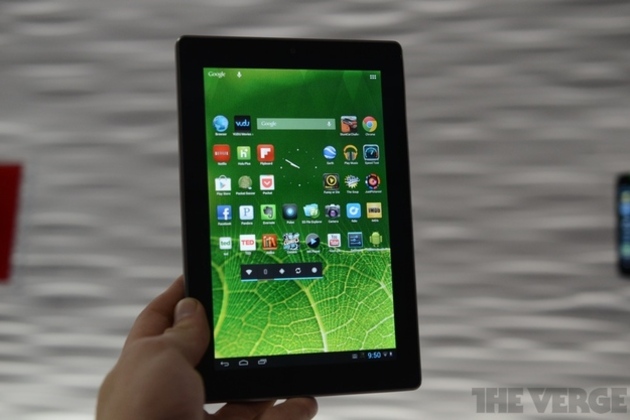 Vizio's 10-inch Android tablet might be one of the first Tegra 4 devices to be announced, but the California company also has a 7-inch tablet here at CES that's equally interesting: it's essentially a Nexus 7 in a package the size of a Kindle e-reader. That's a Tegra 3 processor, a 1280 x 800 IPS display, 16GB of storage, a 1.2 megapixel front-facing camera, and stock Android Jelly Bean. The prototype was fairly quick to flip around the OS, and the display looked slightly better than the typically washed-out Nexus 7 display, although it's not laminated like the 10-inch tablet.

Vizio head of design Scott McManigal told me that most people use 7-inch devices for reading, so the company designed the device primarily to be held in...