Find: A look at Samsung’s handset evolution through the ages

A look at Samsung’s handset evolution through the ages

In just a few days, we're hoping to get a glimpse of what's next on the horizon for Samsung in the Android realm—the Galaxy S IV. With rumors cropping up that it will have 3D eye-tracking, a bigger display, and a thinner chassis, it has us pondering how far Samsung mobile phones have come in recent years. Looking back at the company's offerings—from flip phones to touchscreen handsets—Samsung has always followed along with current trends in the mobile phone's evolution. So we've pulled together this walk down memory lane to look back at the devices that have kept Samsung relevant all these years.

While we can't include every single handset that Samsung has ever released—there are far too many to account for and not all were available in the United States—we wanted to look at representative examples that highlight how the company's handsets have changed through the ages. Some were sadly difficult to dig up, so if we happened to miss your favorite Samsung handset, leave some memories in the comments. 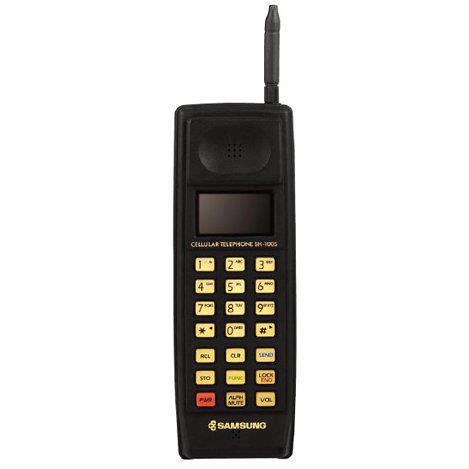 Back in 1983, before cellular phones were considered necessary commodities, Samsung launched its mobile initiative. The hope was that it would be the company's bread and butter. In 1988, after much research and development (plus a failed car phone), the company revealed the SH-100 handset (pictured here), or "hand phone" as it was referred to in Korean.

During this time, Samsung only sold about one or two thousand units of each handset model. Talk about a tough crowd.