The future is here: smartphones make up the majority of mobile phones sold. 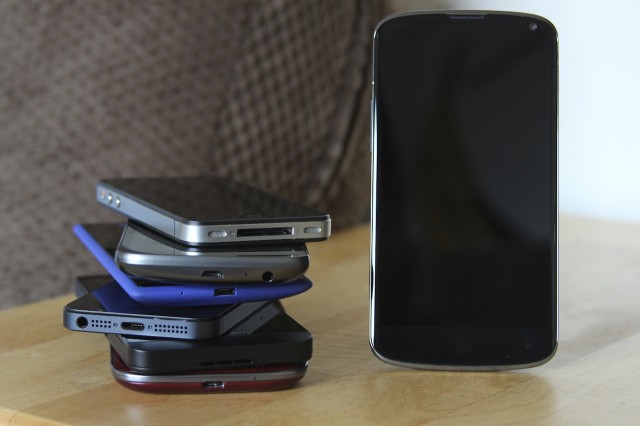 Pick a smartphone, any smartphone. It's what most of the world is doing!
Andrew Cunningham

While the PC market is slowing down, the smartphone market continues to grow. In fact, market research firm IDC is reporting that worldwide shipments of smartphones outstripped shipments of feature phones for the first time this quarter. There were 418.6 million phones shipped in total, of which 216.2 million were smartphones. Overall, the phone market is up 16.2 million units compared to the first quarter of 2012.

Samsung remains the undisputed leader in this market: it shipped 115 million phones (both smart- and feature-) in the first quarter of this year, compared to 93.6 million handsets last year. Other companies that showed growth include Apple (from 35.1 million units to 37.4 million) and LG (from 13.7 million units to 15.4 million), though IDC notes that "the last time the iPhone maker posted a single-digit year-over-year growth rate was 3Q09."

The world's other phone makers, all lumped together into the "others" category, shipped 175.4 million phones in the first quarter of 2013, compared to 161.1 last year; this doesn't tell us much about how individual companies like HTC are doing.