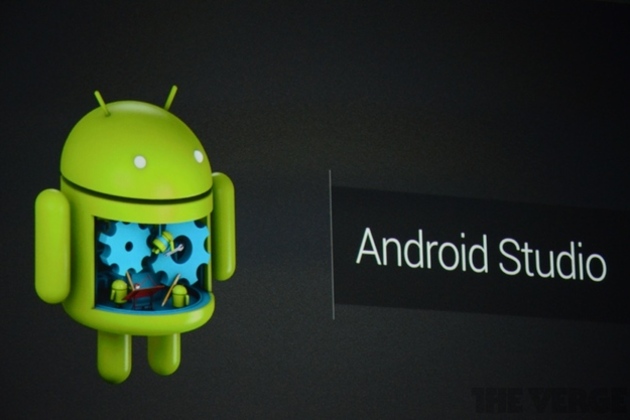 Google is announcing its brand new development environment for Android today at Google I/O: Android Studio. Google isn't revealing all the changes today, but some of the big additions include a focus on multiple layout tools for a variety of devices and tablets. Changes to Android code for apps display in real-time within the development console and Google says it's planning to integrate a number of services into the environment. "This is just scratching the surface of all the new features in Android Studio," says Hugo Barra, VP of Android product management.

Google is also improving its developer console today. Five new features are being added to the console, allowing developers to generate more revenue from Android apps. There's a...