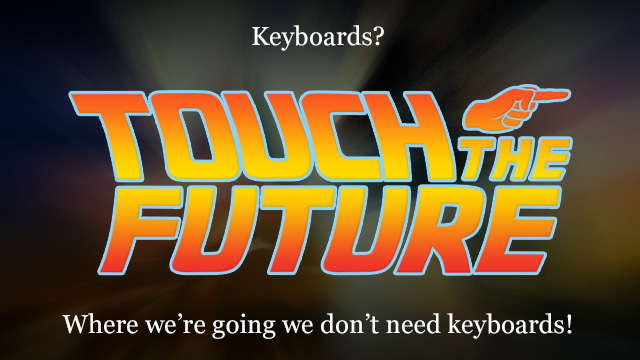 Understatement of the century: touchscreen technology evolved at a rapid pace in the past decade. In the days of Y2K, Palm Pilots were a big deal. Five years ago? The iPhone debuted and the corresponding touchscreen explosion hasn't slowed up since. Today we're at a point where we think we understand how all the innovations in touch technology can fit into our future. But based on these last few years, good luck. Did anyone see the tablet-craze coming?

The locomotive of technological innovation has yet to be derailed, but it's come to a point where we must find particular uses and integrations for all of these advancements. Looking at how companies like Microsoft and Samsung are approaching the future of touchscreen technology may be the surest clues we can get. Talking with visionaries like Bill Buxton, one of the pioneers of touchscreen technology who now works as one of the principle researchers Microsoft Research, doesn't hurt either. It may be impossible to accurately gauge the future of touch, but that won't stop Ars from trying. 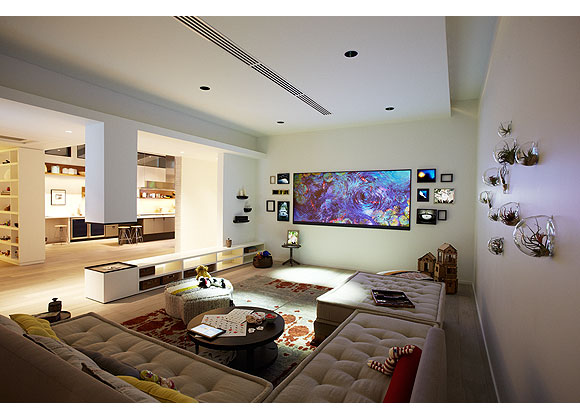 A photo of the living room "of the future" in Microsoft's Envisioning Center.

From touch-enabled Ultrabooks to smartphones and tablets, consumers expect most gadgets to natively feature touch interaction. This precise buy-in has led companies like Microsoft to create live dioramas centered on the concept.