A nice survey of the various android ui skins.
--- 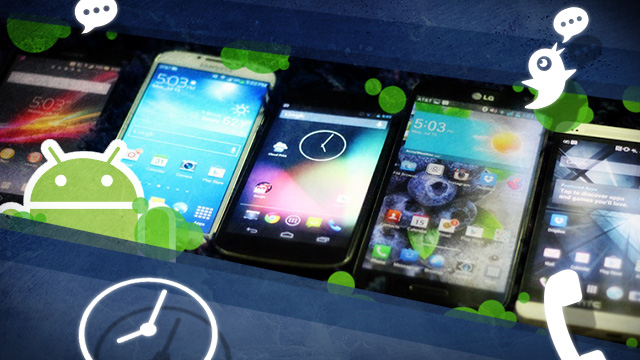 It's been quite a year of surprises from Google. Before the company's annual developer conference in May, we anticipated at least an incremental version of Android to hit the scene. Instead, we encountered a different game plan—Google not only started offering stock features like its keyboard as separate, downloadable apps for other Android handset users, but it's also offering stock Android versions of non-Nexus-branded hardware like Samsung's Galaxy S4 and the HTC One in the Google Play store. So if you'd rather not deal with OEM overlays and carrier restrictions, you can plop down some cash and purchase unlocked, untainted Android hardware.

But the OEM-tied handsets aren't all bad. Sometimes the manufacturer's Android offerings tack on a little extra something to the device that stock or Nexus Android hardware might not. These perks include things like software improvements and hardware enhancements—sometimes even thoughtful little extra touches. We'll take a look at four of the major manufacturer overlays available right now to compare how they stack up to stock Android. Sometimes the differences are obvious, especially when it comes to the interface and user experience. You may be wondering what the overall benefit is to sticking with a manufacturer's skin. The reasons for doing so can be very compelling.

A brief history of OEM interfaces

Why do OEM overlays happen in the first place? iOS and Windows Phone 8 don't have to deal with this nonsense, so what's the deal with Android? Well, Android was unveiled in 2007 alongside the Open Handset Alliance (a consortium of hardware, software, and carriers to help further advance open standards for mobile devices). The mission was to keep the operating system open and accessible to all so users could mostly do whatever they wanted to do with it. As Samsung VP of Product Planning and Marketing Nick DiCarlo told Gizmodo, "Google has induced a system where some of the world's largest companies—the biggest handset manufacturer and a bunch of other really big ones—are also investing huge money behind their ecosystem. It's a really powerful and honestly pretty brilliant business model."