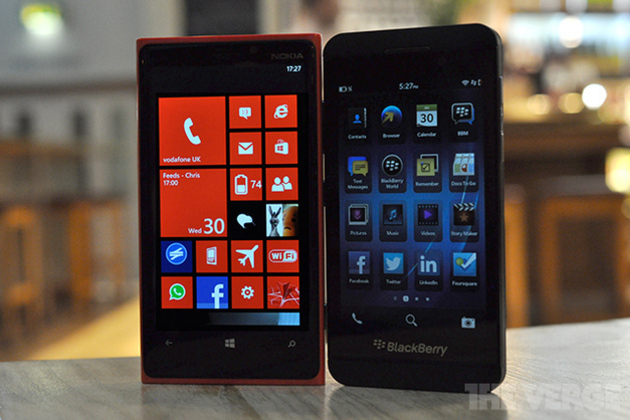 With this quarter's mixed financial results, Nokia revealed that Lumia sales were up to a record high of 7.4 million. That means that the company sold more Windows Phones last quarter than BlackBerry sold phones. Just one year ago, BlackBerry was selling almost two phones for every one Lumia Nokia sold. It's a stark change of fortunes for the Canadian manufacturer, and appears to reaffirm Microsoft's statement that Windows Phone is now the third-place platform for smartphones. Of course, sales and shipments aren't everything; both companies are currently struggling to turn a profit, and face different challenges to reverse their fortunes.