Find: on the police use of cell tower dumps

On one hand, they help catch suspects. On the other hand, it puts phone metadata for 100k users in government hands.
*** 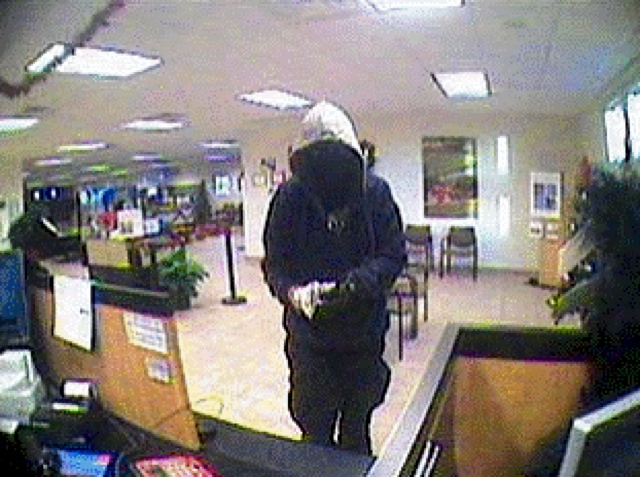 Surveillance footage of one of the robbers.

On February 18, 2010, the FBI field office in Denver issued a "wanted" notice for two men known as "the High Country Bandits"—a rather grandiose name for a pair of middle-aged white men who had been knocking down rural banks in northern Arizona and Colorado, grabbing a few thousand dollars from a teller's cash drawer and sometimes escaping on a stolen all-terrain vehicle (ATV).

In each of their 16 robberies, the bandits had a method: "The unknown male identified as suspect number one often enters the banks in rural locations near closing time and brandishes a black semi-automatic handgun. Suspect number one then demands all the money from the teller drawers. He obtains an undisclosed amount of money, puts it in a bag, orders everyone on the ground, then exits the banks with a second suspect. They have been seen leaving the banks on a green or maroon four-wheel ATV with suspect number two driving."

Investigators had bank surveillance footage of the robberies, but the bandits wore jackets, ski masks, and gloves and proved hard to track down. It wasn't for a lack of witnesses or police effort, either. At one 2009 robbery in Pinetop, Arizona, for instance, the bandits got away with $3,827. Witnesses saw a man run from the bank and into a residential area, "looking around as if he were lost." Witnesses later saw the man tear out of the area on an ATV driven by another man. Police followed their escape route and found the spot where the ATV left the road through a freshly-cut barbed wire fence. The cops followed the tracks 17 miles northwest of town before losing the trail completely.