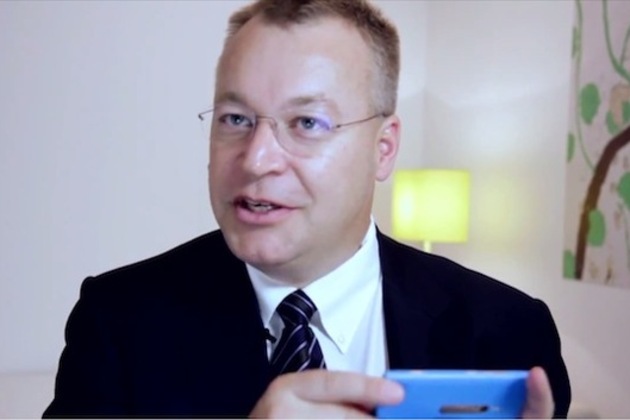 I had the chance to sit down with Nokia CEO Stephen Elop after the launch of its first series of Windows Phone products — the Lumia 800 and 710 — in London. These are devices that Stephen likes to call "the first real Windows Phones." The reveal is only a small but important step, he assured me, on a journey to reinvent Nokia.

The former Microsoft exec turned Nokia CEO shared his thoughts in his customary honest, deliberate, and eloquent manner. He’s clearly a master of the material and his enthusiasm is infectious — he’s impossible not to like in person.

Stephen covered a wide range of topics including Nokia’s intent to introduce a "portfolio of products" into the US in early 2012. He’s clear that it’s not just carrier negotiations holding back the US launch but a confluence of other factors including a need to ramp up factories, supply lines, and support; localized customizations; and the technologies and services required by the US consumer. Nokia wants to introduce quality devices around the world as smoothly as possible, he insists, with a focus on delivering a premium user experience.

The straight-talking CEO also responded to recent criticisms from Android chief, Andy Rubin. Last week, Rubin said that Windows Phone could be "very dangerous for Microsoft" with Redmond’s hardware partners — including Nokia — on a path to repeat history as the modern equivalents of the commodified beige box. Stephen’s response was swift and critical, highlighting the fact that Microsoft doesn’t dominate the phone business as it did PCs, so it relies upon its hardware partners for innovation. He then commented on the Android user experience:

"In terms of [Windows Phone] doesn’t allow for the Sense UI or whatever, I would suggest that one of the biggest challenges facing that particular ecosystem is the fact that there is more and more of that going on. And when I go into the store and look at what that brand was supposed to stand for, I’m not quite seeing it — it’s just unclear what the standard is for the user experience."

When responding to a question about the prospects of a Nokia tablet and whether we should start thinking of Nokia as a "consumer electronics company," Stephen clarified that the "ecosystem" Nokia has joined extends well beyond phones. "There is a broader opportunity here," he told me. "The user experience of Windows 8 is es...