Find: Google reminds Android developers that the Menu button is going away

No hard menu button anymore in ics.
Google reminds Android developers that the Menu button is going away
The Verge - All Posts 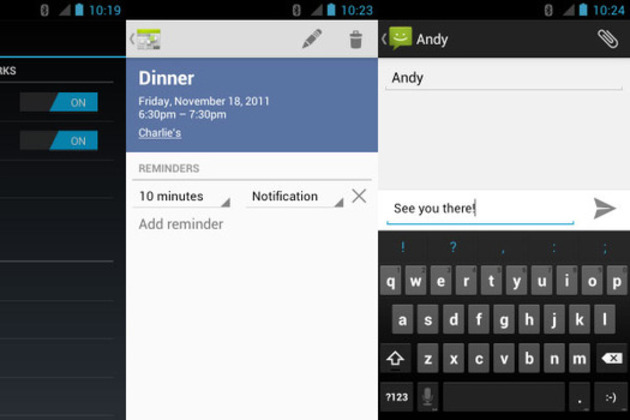 In a new post on its Android Developers Blog today, Google is giving devs tips on how to better prepare their apps for a brave, Menu button-less future. Honeycomb started the revolution by introducing the so-called "action bar" at the tops of applications and by killing physical buttons in favor of soft, reconfigurable ones, but that was strictly a tablet affair — the impetus to get developers on board with the Menu button's demise is greater now that Ice Cream Sandwich is out and in the process of bringing those same UX paradigm shifts to phones.

As it stands, Android 4.0 bridges the gap with older apps by posting an "action overflow button" — three vertical dots — to the right side of the soft button bar at the bottom of the...