Here it comes. This is a furious pace.
Ben.
Official: Apple iPad 3 event slated for March 7th in San Francisco

The Verge - All Posts 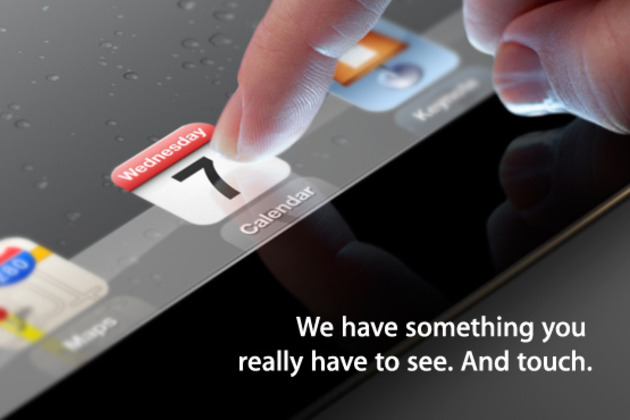 Yes, it's finally, really happened. We just received our invite for Apple's next big event — almost certainly where the announcement of the iPad 3 (or iPad HD, or some other name no one has guessed yet) will take place. The event is being held at the Yerba Buena Center for the Arts in San Francisco at 10AM PST, on Wednesday, March 7th, and the Verge team will be there covering the news live as it happens. Until then, let your imagination run wild about the next iteration of the world's most popular tablet!

As you can see in the image above, that's no regular iPad display. It appears to be a higher resolution than the iPad or iPad 2. Also, the casing of the product pictured looks darker than current iPad models. It's hard to say if...