Projector in a phone, 15 lumens. A dim projector is around 1000 lumens....
Samsung Galaxy Beam hands-on
The Verge - All Posts 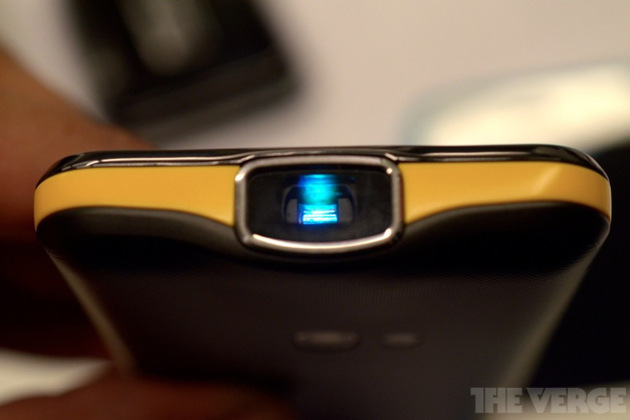 We've just had a chance to check out Samsung's Galaxy Beam here in Barcelona, a phone that's not very interesting at first blush — Android 2.3, 4-inch WVGA display, and a 1GHz dual-core processor — but the hook here is the presence of a built-in TI DLP nHD (640 x 360) projector at 15 lumens of brightness. Samsung says that at 12.5mm, the Beam "isn't any thicker than any other phone in the world" — clearly that's not true, thanks in no small part to Samsung's own devices like the Galaxy S II, but this is easily the thinnest retail-ready projector phone we've played with. That thickness also permits a 2,000mAh battery, which is big for an ordinary 4-inch device without LTE support... but add in a projector, and it's another story....
Newer Post Older Post Home