Find: Nvidia will put Apple's A5X claims to the test, says it's 'pleased' by Tegra 3 comparison

Nvidia not planning on taking apple's slam without a response.
Nvidia will put Apple's A5X claims to the test, says it's 'pleased' by Tegra 3 comparison
The Verge - All Posts 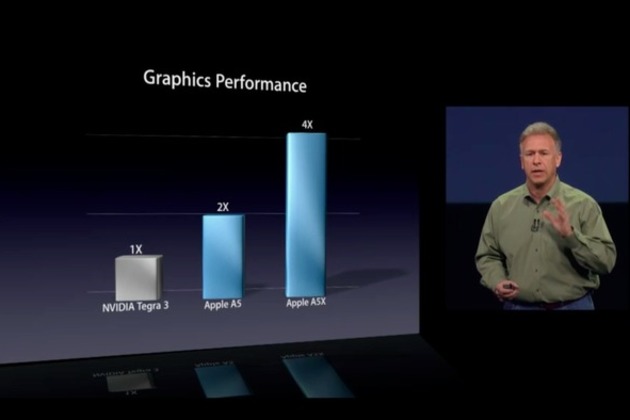 Remember a few hours ago, when Apple claimed its new A5X chip had four times the graphical prowess of Nvidia's Tegra 3? As you might imagine, Nvidia doesn't intend to simply let that be. The graphics firm told ZDNet that without specific benchmarks to back up that claim, "Apple has a very generic statement" right now, but that Nvidia would certainly be purchasing a third-generation iPad on March 16th to test those claims for itself. Citations or no, if the new iPad does indeed have twice the graphical potential of the iPad 2, the "4x" quote might not be too far off in certain applications: AnandTech ran the Tegra 3-powered Transformer Prime against the iPad 2 in a run of GLBenchmark, and found a few performance differences.
Newer Post Older Post Home
You've found NC State Computer Science's course on mobiles. You'll find all manner of course content here.
CSC 495/563
Where: eb1 1005
When: MoWe 1145-1p
Final: Fri 5/4 8-11a
Office Hours
Where: eb2 2280
When: Wed 3-330p