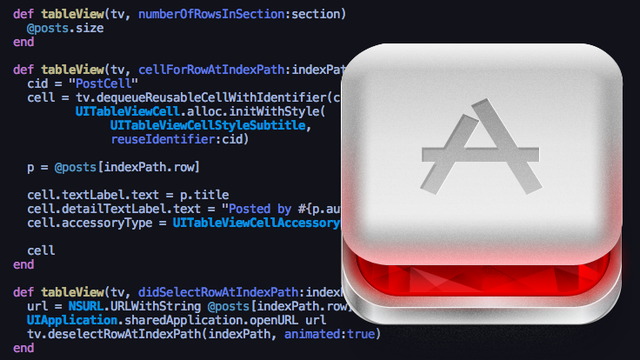 In 2007, software developer Laurent Sansonetti launched an open source software project called MacRuby. It aimed to build a Ruby interpreter on top of the Objective-C runtime, providing a seamless bridge between Ruby and OS X "Cocoa" ecosystem—and it succeeded. Now Sansonetti hopes to do something similar for iOS.

Sansonetti recently left his job at Apple-where he has worked for the past seven years-to found his own startup, dubbed HipByte. He announced his first product today, a new software development kit called RubyMotion that will open the door for developers to build native iOS applications with the Ruby programming language.

I've been testing RubyMotion since March, when Sansonetti gave me access to a private beta release. In this article, I’ll give you an exclusive hands-on introduction to RubyMotion and describe how it can be used to build software for iOS. The article includes the full source code of a simple iOS demo application I created that displays the top stories from reddit.