Find: Nielsen survey - Android growing faster than Apple, others own only 16% of smartphone market 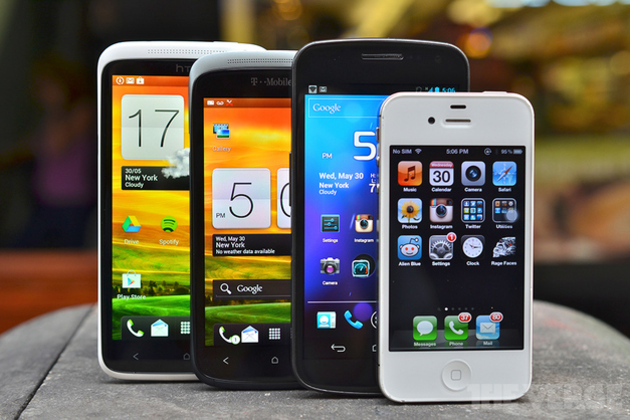 Nielsen's newest report shows that as smartphone adoption continues to grow in the US, Android and Apple's iOS are rising in popularity, with Android holding a slight edge over its competitor. This popularity comes at the expense of smaller companies like Blackberry and Windows, which hold steadily declining portions of the growing smartphone market. Smartphone adoption among US subscribers passed the 50 percent mark in March, and has reached 54.9 percent as of June 2012. New adoption momentum has remained steady, with smartphones making up about two-thirds of all new purchases.

The report shows that Android and Apple are both growing within the expanding market, with Android at 51.8 percent and Apple's iOS at 34.3 percent. ..