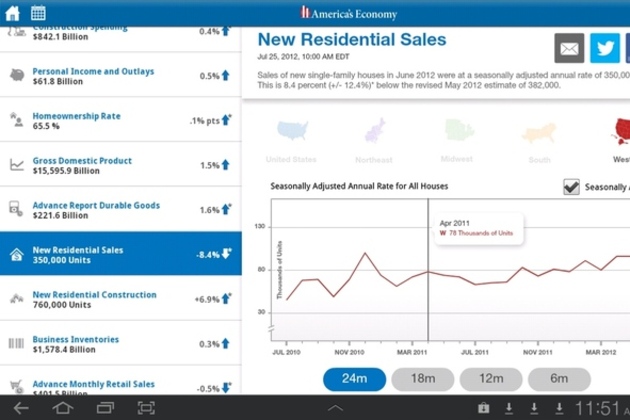 The US Census Bureau just released its public API last month, and now the agency has released the America's Economy app for Android phones and tablets with an iOS version in the works. By combining its own data with that of the Bureau of Economic Analysis and the Bureau of Labor Statistics, the Census Bureau's app will track real-time trends in "employment, housing construction, international trade, personal income, retail sales and manufacturing." The app was created as part of the Census Bureau's Web Transformation Project to help federal employees and the general public access accurate data about the US' socioeconomic health. Both tablet and phone versions of the app are available in the Google Play store now.