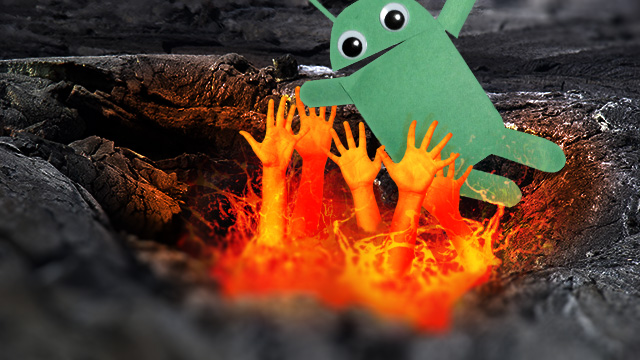 While Android 4.2 Jelly Bean was only an incremental update for the mobile operating system, it introduced a ton of much-needed security improvements. As we touched upon in our exhaustive review, Google stepped up its game by implementing native security features that perform functions like scanning side-loaded apps before they're installed to run them against other known cases of malware, and offering SMS confirmation to notify the user if an application wants to send out a text message.

The addition of these features is a step in the right direction, but there were already a wealth of third-party security applications available in Google Play. Companies like Lookout, AVG, and Avast all base their livelihood on protecting Android users (and some iOS users, too) from break-ins. The plethora of third-party apps got us wondering: will Google's inclusion of its own security features render those third-party applications obsolete?

Let's start with Lookout, a mobile security app with a majority of its customers using the Android platform. This app contains most of the features that Google offers natively in Android 4.2, as well as a basket full of other features that aren't available in the Android OS. There's a free and premium version of the security suite: the free version protects against malicious software, provides data backup and restoration, and helps locate the phone if it's misplaced. The premium version requires a $2.99 monthly subscription and gives you access to several other features, like the ability to remotely lock a phone from a website. But where Lookout really hopes to keep its edge against Google's native security implementations is with its Mobile Threat Network, which the company says constantly analyzes apps from Google Play and third-party markets and scans for new mobile threats that arise globally.