Find: RIM CEO Thorsten Heins: 'we have this one shot with BlackBerry 10'

They have good aim, but can they execute?

RIM CEO Thorsten Heins: 'we have this one shot with BlackBerry 10' 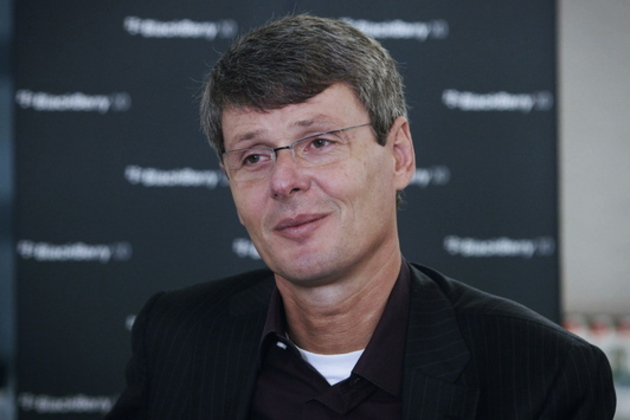 RIM CEO Thorsten Heins has spent the past week on a media blitz, speaking to multiple outlets about his plans for the BlackBerry 10 launch on January 30th. RIM will be missing the important holiday shopping season with that launch date, so it's no surprise to see Heins making the rounds. The good news for RIM is that Heins is a relatively open and candid CEO — especially compared to his predecessors — and not afraid to drop a hint or two about the company's future plans.
We sat down with Heins to discuss the current state of BB10 and RIM's plans for the launch, and we managed to gather a few of the aforementioned hints about ambitious plans for "mobile computing." RIM wants to do more than just survive in the smartphone space....