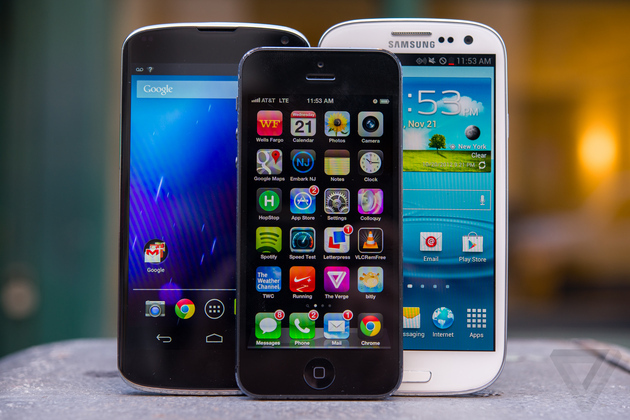 The smartphone market continues to explode, and the Android ecosystem has been the biggest beneficiary of that growth. According to the latest smartphone OS marketshare numbers from IDC, shipments of Android phones increased a whopping 73.5 percent to reach over 187 million units in the second quarter of 2013 — a figure that gives Android 79.3 percent of the smartphone marketplace. It's a dominance no doubt helped by Samsung, despite the fact that the company's marketshare amongst other manufacturers slipped a little bit this past quarter. The sheer volume of phones the company ships (over 72 million last quarter) has certainly benefitted the Android ecosystem.

While Apple increased the number of iOS phones it shipped year-over-year...