Refocusable camera in a phone? A good idea. If it's not too low resolution.
*** 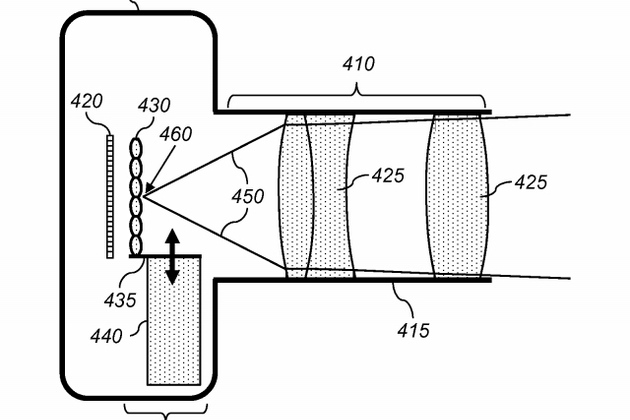 Apple appears to have some interest in Lytro-style refocusable cameras. In a patent filed in 2011 and granted today, Apple describes a camera that would be able to switch between capturing two types of images: low-resolution images that could be refocused after capture, and high-resolution photographs that can't be changed. To do both, the camera would include an adaptor with a "microlens array" that would slide between the camera's lens and sensor when capturing a refocusable image, and slide away when capturing a traditional photo. The image above depicts the cross section of such a camera while the adaptor's microlens array — labeled "430" — is positioned to shoot a refocusable image.

While a number of companies have attempted...