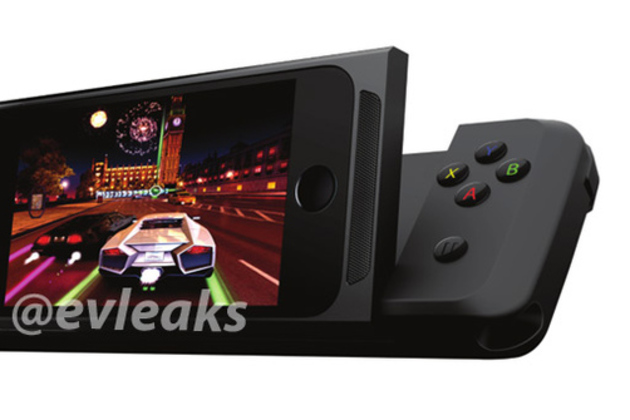 Razer, one of the best-respected gaming peripheral makers, is apparently ready to add to the growing roster of iPhone game controllers. Apple opened the door for third-party accessory makers by adding a controller API in iOS 7, and we've already seen the first couple of efforts emerging from Logitech and PowerA. Like those peripherals, leaked images of a mooted Razer Kazuyo show it to be a wraparound case that envelops the iPhone and provides it with a multidirectional arrow pad and four action buttons. It's very similar in shape and appearance to Logitech's PowerShell, though it adds the extra ability to tilt the iPhone up, potentially offering a more ergonomic gaming experience.