Mobile world congress (mwc) is coming, so news will be thick.
Rim is announcing bbos 2, which will finally have native email.
BlackBerry PlayBook OS 2.0 'likely' to launch during MWC
The Verge - All Posts 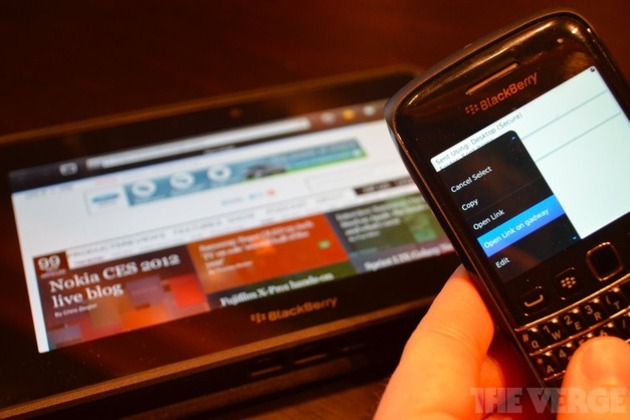 Initially announced at CES, version 2.0 of the BlackBerry PlayBook OS is finally set to launch during Mobile World Congress at the end of this month. According to Senior Brand Manager Jeff Gadway in an interview with PC Magazine, the update will be available "very soon" and is likely to go live during MWC, which kicks off on February 27 and will have a fairly large RIM presence. RIM had initially planned ro release the update in February so a launch during MWC would be cutting it pretty close. The 400MB update, which will be pushed automatically to all PlayBooks once live, will introduce a number of new features to the OS, including several glaring omissions from the initial release. Most notably there's finally a native email client...
Newer Post Older Post Home
You've found NC State Computer Science's course on mobiles. You'll find all manner of course content here.
CSC 495/563
Where: eb1 1005
When: MoWe 1145-1p
Final: Fri 5/4 8-11a
Office Hours
Where: eb2 2280
When: Wed 3-330p