That's a lotta versions on android! 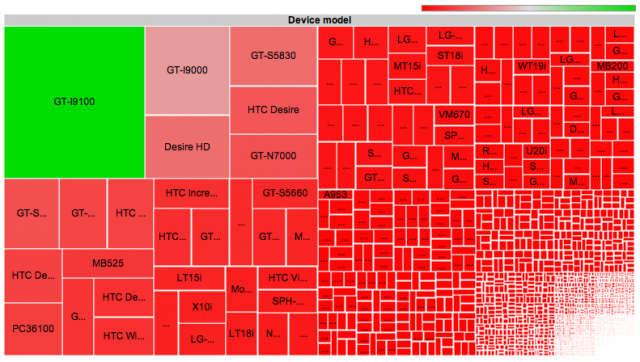 A map of all the thousands of separate device models that downloaded OpenSignalMaps in a six month period.

One developer can do business with nearly 4,000 distinct Android ROMs, according to data posted by the creators of OpenSignalMaps on Tuesday. While the Android platform provides a lot of flexibility to consumers, OpenSignalMaps' data drives home the point that the small army of device variations can be staggering. Market developers can miss out on a lot by not supporting less popular or older devices.

It's no secret that the Android umbrella covers many makes and models of devices, and that fragmentation is an occasionally daunting problem for developers. To see how wide a net they cast, OpenSignalMaps logged the specs of devices that downloaded the app over the course of six months. This collected info on over 680,000 devices—a significant sample, even if small compared to the many millions of Android users and devices in the world. 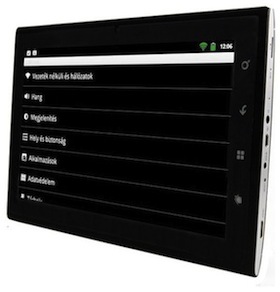 The developers logged 3,997 distinct devices, the most popular of which was the Samsung Galaxy S II. This figure was inflated quite a bit by custom ROMs, which overwrite the android.build.MODEL variable and cause those phones to be logged as separate devices. 1,363 types were logged only once, and while some were custom ROMs bucking the numbers, a good few were just massively unpopular devices—for example, the Hungarian 10.1-inch Concorde Tab.
Read more | Comments
Newer Post Older Post Home
You've found NC State Computer Science's course on mobiles. You'll find all manner of course content here.
CSC 495/563
Where: eb1 1005
When: MoWe 1145-1p
Final: Fri 5/4 8-11a
Office Hours
Where: eb2 2280
When: Wed 3-330p